Migrant detention must be “last resort”, UN rights group underlines in its Revised Deliberation on deprivation of liberty of migrants 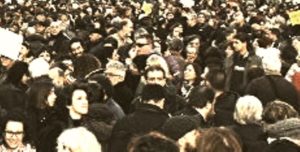 GENEVA (26 February 2018) – Placing migrants and asylum seekers in detention should be seen as a last resort to be used only in strictly limited circumstances, the UN Working Group on Arbitrary Detention has stated in its position document based on international law and its own jurisprudence.

The group’s intervention comes amid concern over the increasing use of detention of migrants, a worldwide practice which has grown steadily over recent years.

“The right to personal liberty is fundamental and extends to all persons at all times and circumstances, including migrants and asylum seekers, irrespective of their citizenship, nationality or migratory status,” emphasized the Working Group, adding that “everyone has the right to leave any country, including his own, and return to his own country”.

The new, Revised Deliberation No. 5, reaffirms the absolute prohibition of arbitrary detention and the universal human right to seek asylum.

“The irregular entry and stay in a country by migrants should not be treated as a criminal offence,” it states.

The deliberation says that any form of administrative detention or custody for migrants must be used “as an exceptional measure of last resort, for the shortest period and only if justified by a legitimate purpose”. The detention must comply with the principle of proportionality, rendering automatic or mandatory detention arbitrary, it notes.

The maximum period for which migrants can be held must be set out in law, while indefinite detention cannot be justified and is arbitrary, it further elaborates.

“The deprivation of liberty of an asylum-seeking, refugee, stateless or migrant child, including unaccompanied or separated children, is prohibited by international law,” the deliberation adds.

The Working Group, in its revised deliberation, also says migrants have the right to bring proceedings before a court to challenge the legality of their detention, and to obtain appropriate remedies if their challenge is successful.

The new document updates a deliberation issued in 1999 to tackle the situation of immigrants and asylum seekers held in prolonged custody without the possibility of administrative or judicial remedy. The new deliberation reflects changes in international law and the Working Group’s jurisprudence since then, as well as concern over the growing use of detention in the context of migration.

The deliberation, formally adopted by the group in November 2017, has been issued in 2018 to mark the 70th anniversary of the Universal Declaration of Human Rights.